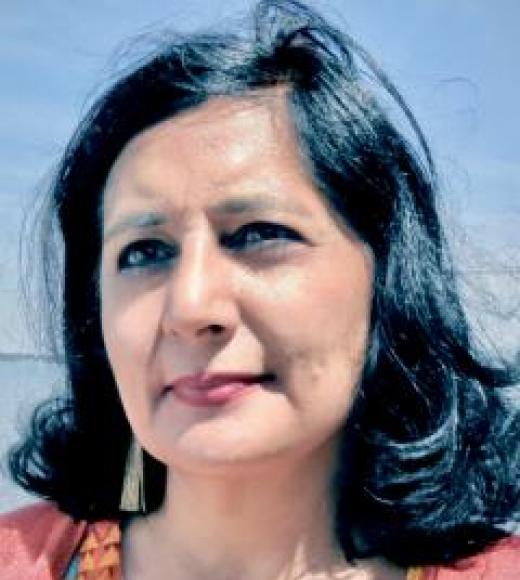 Maira was a Mellon/ACLS Scholars and Society Fellow for 2019-20 and has been doing transnational research project focuses on Arab refugees and immigrants in the Bay Area and in Athens, Greece. Her new community-engaged project is focused on Yemeni Americans in Oakland and the impact of the pandemic, the Muslim Bans, and the war in Yemen. Her ethnographic research highlights the experiences of Yemeni corner store owners and their families who were essential workers on the frontlines of the pandemic. In partnership with the StoryCenter, she has produced digital stories with Yemeni and Arab Americans in the Bay Area that highlight alternative narratives and underdiscussed stories about the Covid "crisis," the humanitarian disaster in Yemen, the War on Terror, Islamophobia, and community organizing.

She is the author of five monographs, including The 9/11 Generation: Youth,  Rights, and Solidarity in the War on Terror and Boycott!: The Academy and Justice for Palestine. Her work on South Asian and Muslim American youth includes Desis in the House: Indian American Youth Culture in New York City and Missing: Youth, Citizenship, and Empire After 9/11. She published a book based on ethnographic research in Palestine, Jil [Generation] Oslo: Palestinian Hip Hop, Youth Culture, and the Youth Movement.

Maira co-edited (with Piya Chatterjee) The Imperial University: Academic Repression and Scholarly Dissent which has been much discussed in critical university studies. She also co-edited Contours of the Heart: South Asians Map North America, which won the American Book Award in 1997, and Youthscapes: The Popular, the National, and the Global.

Maira’s research is embedded in her community activism and involvement with immigrant and human rights campaigns as well as Palestine solidarity and antiwar groups in the Bay Area and nationally. She has been active in social justice organizing and was a founding co-organizer of the South Asian Committee for Human Rights in the Boston area and Youth Solidarity Summer in New York. Maira has mentored many student activists from marginalized communities and movements and has been faculty advisor for Students for Justice in Palestine at UC Davis. Her research on Islamophobia, xenophobia, and anti-Arab racism has grown out of these relationships and is a tool for advocacy on behalf of struggles that are invisibilized or repressed. She has organized collectively with other faculty on campus and around the US to enlarge academic freedom and challenge silencing and censorship in the academy.

2014   “Surveillance Effects: South Asian, Arab, and Afghan American Youth in the War on Terror.” In At the Limits of Justice: Women of Color on Terror, edited by Suvendrini Perera and Sherene H. Razack (pp. 86-106). Toronto: University of Toronto Press.

2013   “’A Strip, A Land, A Blaze’: Arab American Hip-Hop and Transnational Politics.” In Between the Middle East and the Americas: The Cultural Politics of Diaspora, edited by Evelyn Alsultany and  Ella Shohat (pp. 195-213). Ann Arbor: University of Michigan Press.